Those of you with green fingers are maybe wondering whatever happened to my tomatoes, those brave red pioneers so painfully dependent on the vagaries of the British summer, and, more troubling, on me and my very un-green fingers. Well, wonder no more! 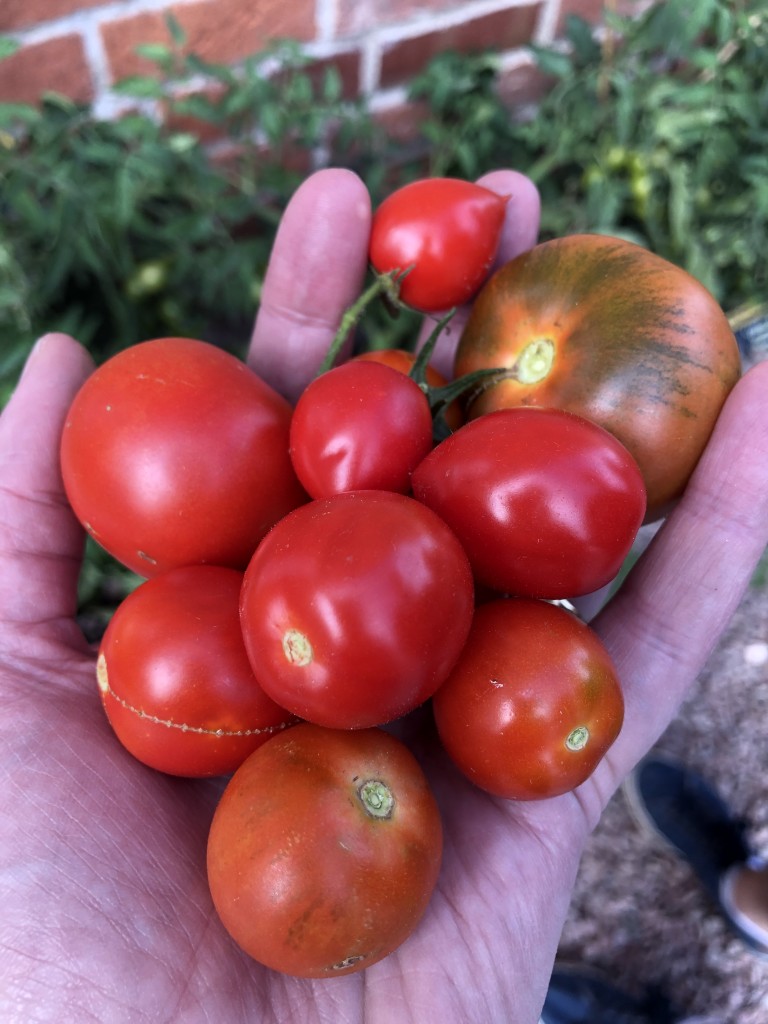 They did amazingly well, all things considered. Ailsa Craig continued to annexe the wall like a swivel-eyed green giant and the smaller Russian variety that I’d hoped would furnish us with interesting black-striped tomatoes basically gave up after the one effort you see above, thanks to Ailsa’s relentless grow-bag intimidation. On the other side, I had to rehouse poor over-shadowed Shirley into her own pot, where she gratefully and immediately put out handfuls of tomatoes following weeks of fearful barrenness. We did think, for a while,  we’d have to find green tomato chutney recipes to deal with the hordes of unripe tomatoes, but eventually the sun came out and we moved the growbags on the advice of our dog via the pet psychic (more of which later) and now there are tons of red tomatoes ready to be picked, placed in a bowl, admired and then hastily made into a sauce of some kind when we remember we haven’t eaten them. Thanks, Ailsa, you monster.

In more professional horticulture news, the orchard opposite our house (and right outside my window) is being harvested by hand. Seven people (that I can see) are carefully removing each fat red apple from the branches, one by one, and placing them carefully into baskets. Every so often a man on a tiny blue tractor pulling three little wagons, chugs round and carefully takes their baskets to the seven-storey high tower blocks of wooden fruit crates on the other side of the orchard. This is how your dessert apples arrive so perfect and unblemished into the supermarkets, folks. I don’t know how big exactly this orchard is, as I’m a notoriously bad guesstimator (“I don’t know… ten acres? A thousand acres? Um, the same as ten football pitches, no, wait, the same as thirty football pitches put together? Half the size of the Isle of Man?”, etc, etc) but it takes me and the dogs about forty five minutes to walk around the whole thing. And I’d say, confidently, that there are at least ten billion apple trees in it. 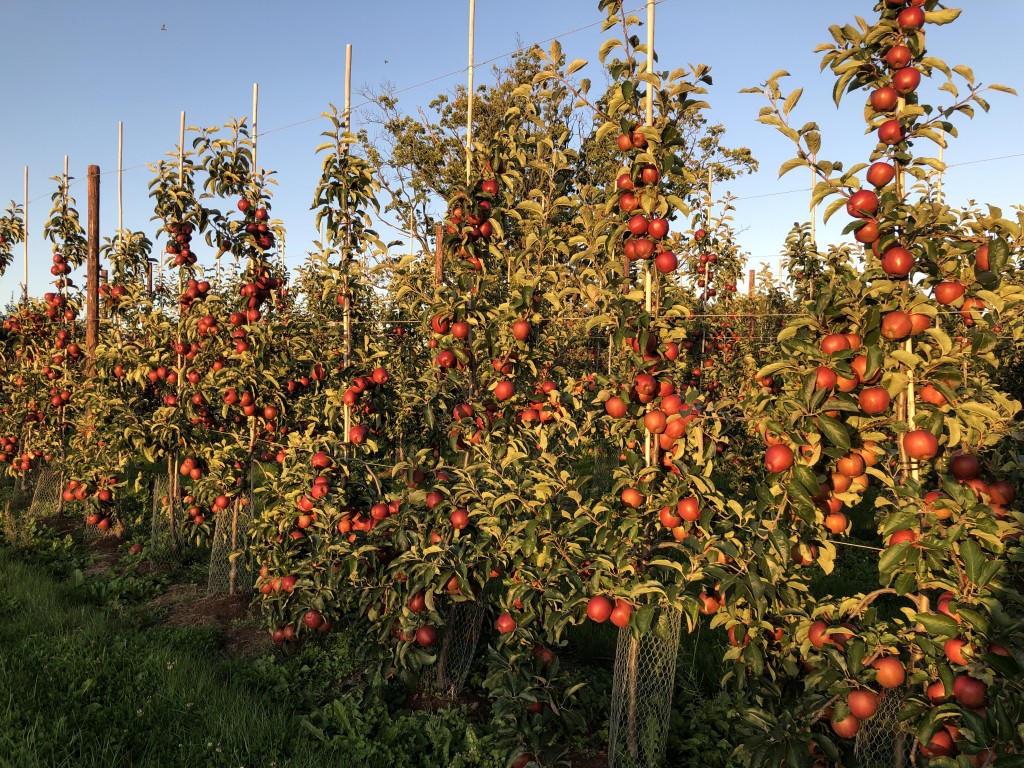 I will miss the apples. I’ve watched them go from tiny jade studs on the tips of winter branches, to frothing clouds of pink-edged white blossom humming with some very focused bees, to perfect little doll’s house apples, to these Disney-red glossy beauties, reddened and warmed by the sunshine. But tomorrow the branches will be empty, and the leaves will fall and winter will roll in, and in a few months the trees will look so ravaged I’ll be sad, and wonder if they’re actually dead and that’s it for apples. Give it a few more weeks, though, and the jade buds will appear again out of nowhere, and the whole cycle will start again. Funnily enough, this is exactly the same emotional process as writing a book.

Speaking of which, I’m now deep into my new one – and there is, for the first time, a cat! She’s called Shirley at the moment which is not the right name so please do feel free to suggest a better one.  This is the best time of year for shutting the study door and burying myself into a whole different world, so I’m making the most of the weather forecast and enjoying wandering around Longhampton with a new friend. And a cat.