Spring has sprung; tomatoes are here!

There are two rituals that indicate spring has arrived in my house. One is the annual panic buying of SPF50+ Soltan in Boots, during the 3-day hot spell the UK usually gets in April, after the 3-day snow shocker. The other is the purchase of tomato plants. 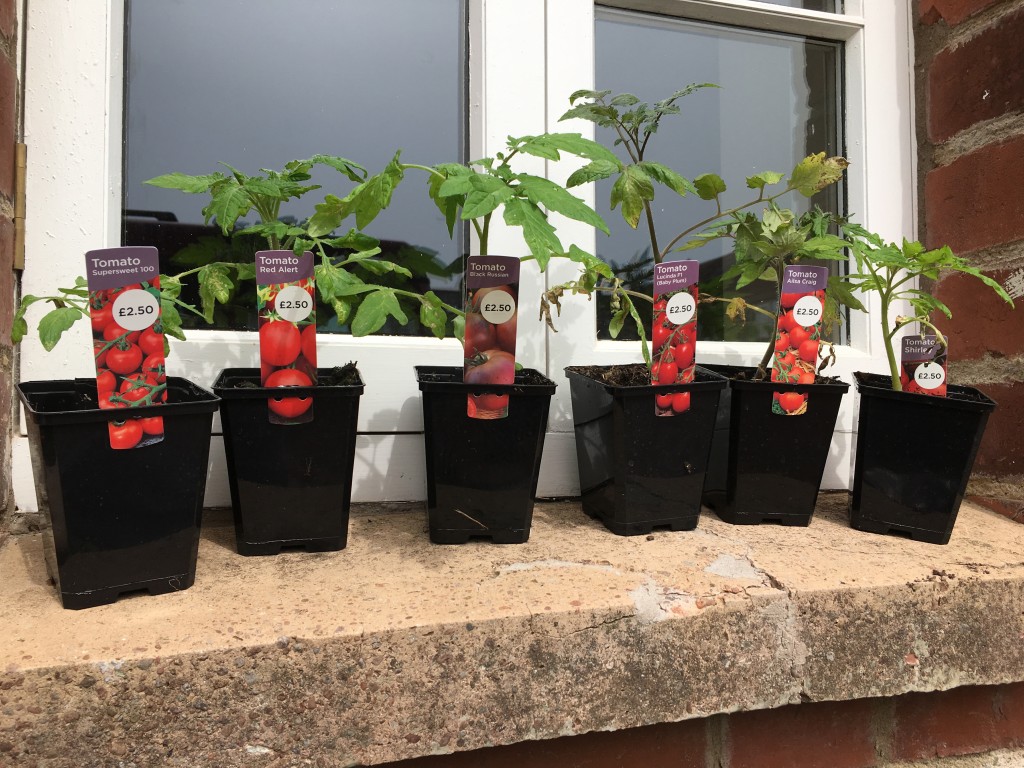 When I was a little girl, growing up by the nuclear seaside in Cumbria, a bit like a ginger Lisa Simpson, I had a school friend whose dad owned a nursery outside the village. At the end of one term, he generously gave everyone in our class a tiny tomato plant to look after over the Easter holidays. This was very exciting for J2, hungry for more nature magic after the daily thrill generated by the bucket of frogspawn brought in by someone else’s dad: a globby mass which gradually reduced itself to just one fat, ruthlessly cannibalistic frog in the space of a few weeks while we drew smudgy diagrams of the ensuing frogular growth. (The sheer Hunger Games horror of this didn’t even occur to me until much, much later.)

My tomato plant lived on the sitting room windowsill where apparently overnight, it also grew into a monster. I was quite small, but my memory is that one afternoon I brought it home, a brave wee sapling in a tiny pot, and next moment, it was a giant, clambering up the window with soft-bristled leaves and yellow flower-nibs emitting that juicy green scent that fills a room and makes you think, temporarily, that salad might be a delicious idea for lunch. I have no idea how it grew so big, so fast – either both my parents were slipping it Baby Bio, thinking the other would forget, or else there was something in the water (see above). I suspect there was probably a school competition to see who could grow the biggest plant and that sort of thing did tend to bring out the best/worst in my mum.

Anyway, this early gardening experience has left me with an urge, every spring, to acquire a tomato plant and sit back and wait for salad abundance to roll in. I’m not sure why, because I’m a hopeless gardener. I think it’s the vague memory that even easily distracted 7 year olds could be trusted with tomatoes, plus the optimistic glossy photos on the labels. I usually manage the initial prep – the growbag, the canes, the ties anchoring it all together – but at some point something goes wrong (um, summer, usually) and I’m left with a hulking, rotting pile of yellow.

This year, however, I have a secret weapon in the form of my husband. He’s a dab hand at this sort of thing. My contribution was to select the plants above. I like the way they’re sitting there like the unluckiest Six Chair Line-Up ever. Doomed, I tell you! His contribution was to choose the growbags, dig a trench for them against a wall, ram the stakes through into the gravel below, plant the plants, tie them up, and then cover up the bags a bit with gravel so they didn’t get blown over. 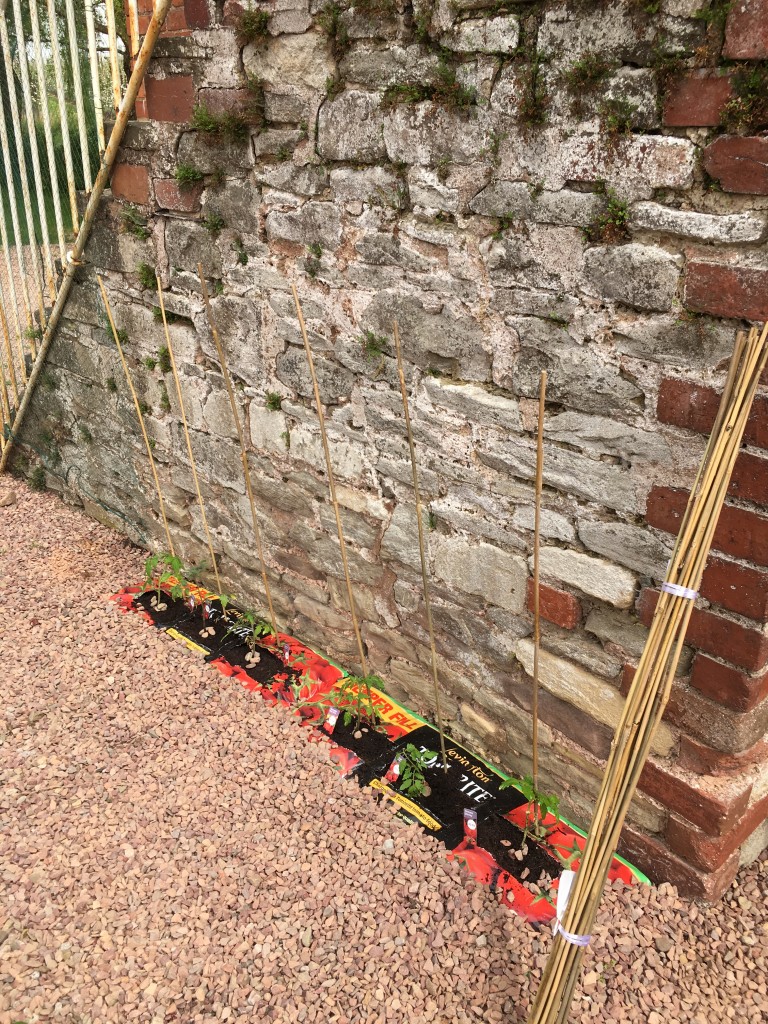 No sooner had we got them in than the Met Office announced Storm Hannah was on the way. Hurray! My plan is to make the whole process more exciting by awarding the plants prizes for the most productive, tallest, strongest all-round achievement, and so on. I’ll let you know how many are still standing after the weekend.

If you have any tomato growing hints and tips, I would absolutely LOVE to hear them… 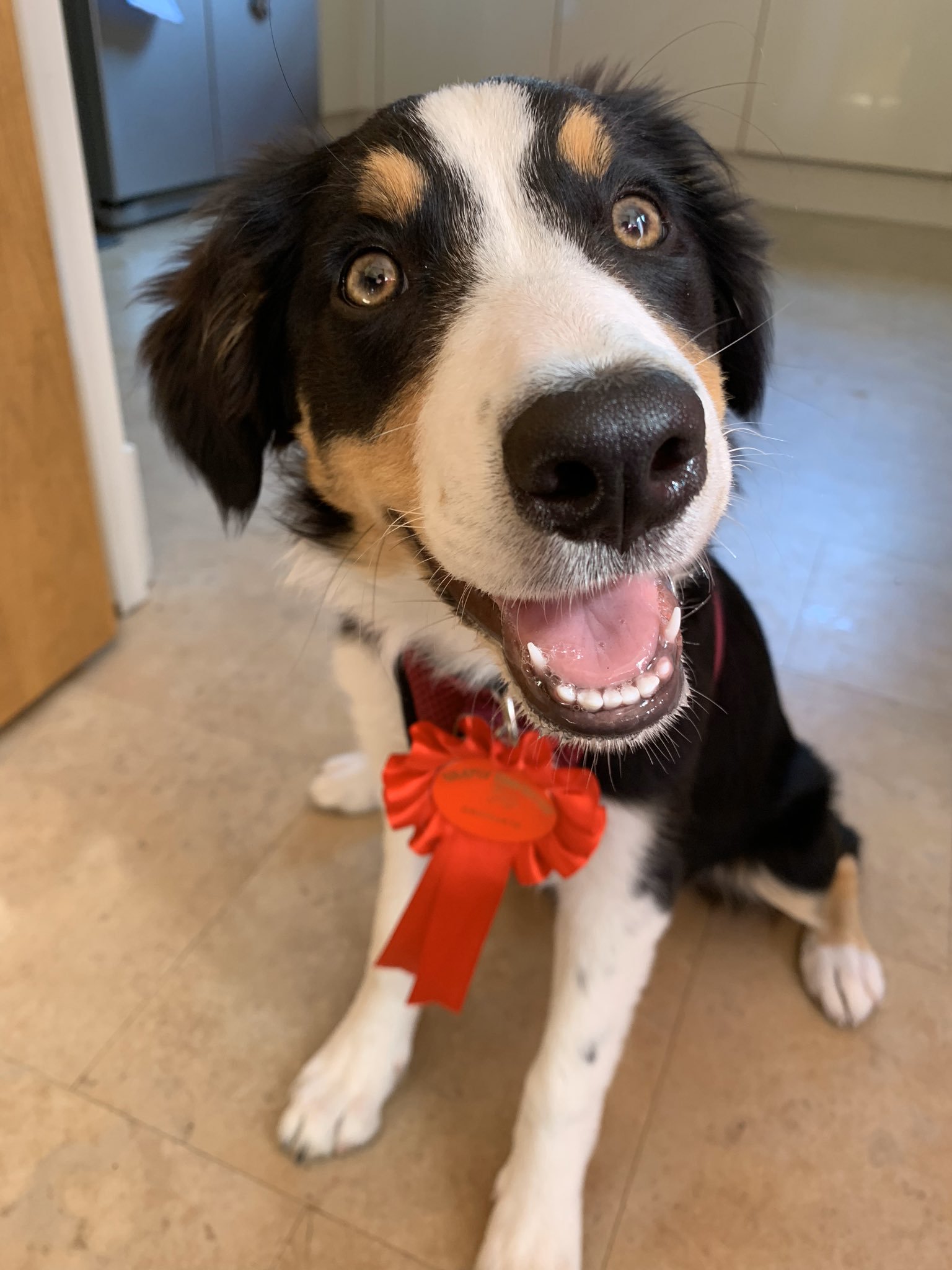